Home/Blog/Does Coffee Cause Inflammation? What Should You Know?

Coffee is a favorite drink of many people. Coffee lovers can’t even start an active day without a cup of coffee. Not just a simple drink, there are many different types of coffee prepared in different ways. In addition, coffee is one of the most popular beverages in the world, rich in antioxidants and protective polyphenols. There are some studies that show that coffee has anti-inflammatory effects and some diseases in humans. So, does coffee cause inflammation? Our article will give you enough reasons to explain this problem.

Inflammation is the body’s normal protective response to injury. Inflammation occurs when white blood cells fight to protect the body from infection, such as a bacterial or viral infection. Inflammation can also occur when the body is injured, for example by a strained muscle during exercise, where the muscle is sore, swollen, and inflamed.

Inflammation is the biological response of the whole body against inflammatory agents such as microorganisms, chemical agents, physical agents, or internal agents (ischemic necrosis, autoimmune diseases). The common manifestations of inflammation at the site are swelling, heat, redness, pain.

Inflammation plays a protective role and is generally beneficial to the body. Inflammation occurs frequently in the body to fight harmful agents. However, prolonged, aggravated, or frequent inflammation also affects organs in the body.

Does coffee cause inflammation?

According to scientific studies, coffee can reduce inflammation in some individuals. Both decaffeinated coffee and regular coffee.

Research has shown that people who regularly drink coffee have lower inflammatory markers than those who do not drink coffee or drink less coffee.

However, other studies suggest that coffee may increase inflammation in some people with several different medical conditions. This is due to differences in the genetic makeup of each person. Their reception and response to substances in coffee are not the same.

If you are really suffering from inflammation and have coffee. Try varying your coffee dose and monitor your inflammation to see if coffee is actually impacting your inflammation. But in my opinion, the best way is to see a doctor. They will give you the best conclusions!

Especially for patients with colitis, coffee will make the inflammation worse. The high acidity of coffee causes the lining of the colon to gradually weaken. Coffee will make the lesions, inflammation, existing ulcers in the colon worse. Caffeine and tannin in coffee reduce iron and magnesium absorption. From there, it affects the “health” of the digestive system and the body’s ability to recover from illness.

Coffee can reduce inflammation, improve insulin response, and it contains a host of cancer-fighting antioxidants, such as polyphenols. But coffee only reduces inflammation for some people. You should consider whether coffee causes inflammation for you or not before using it a lot.

The antioxidants in coffee have anti-inflammatory effects

Antioxidants are “cleansing agents,” free radicals that are present in the body to form harmless substances that can then be eliminated naturally from the body. In short, an antioxidant is a type of chemical that helps prevent or slow the oxidation of other substances. Oxidation is a type of chemical reaction in which electrons are transferred to an oxidant, creating free radicals that create a chain reaction that destroys the cells of the human body.

Antioxidants prevent this destruction by reducing free radicals, inhibiting oxidation by oxidizing themselves. To do so, reducing agents (such as thiols or polyphenols) are often used as antioxidants. Although oxidation reactions are basic in life, they can be prevented. Antioxidants are abundant, found in beverages, including coffee, which is the most antioxidant-rich.

According to the survey data of the National Coffee Association of America (NAC), about half of the US population has a habit of using coffee, over 150 million people use an average of 3. 1 cups of coffee per day; the average American person drinks 1. 6 cups of coffee per day; 35% prefer black coffee, 65% like it with sugar or cream. According to the International Coffee Organization (ICO), in October 2015 alone, worldwide coffee exports surpassed 8. 74 million bags.

Recently, the American Cocoa Association sponsored a long-term study and found that coffee contains more antioxidants, even higher than green tea, black tea, and red wine, however. The preservation of antioxidants also depends on many factors such as preparation and preparation. For example, roasted coffee is richer in antioxidants than unroasted coffee.

The antioxidants in this coffee also have a very strong anti-inflammatory effect:

This is an antibacterial agent, which helps prevent tooth decay. Trigonelline, alkaloids are the bitter taste of coffee, but add flavor, making coffee a unique beverage. This compound is 10 times higher in roasted coffee, Arabica, rich in Trigonelline than Robusta coffee.

During roasting, Trigonelline partially converts to nicotinic acid and pyridine. Nicotinic acid is also known as Vitamin B3 (or niacin), a very well-known antioxidant. The process of demethylating Trigonelline (Demethylating) at a temperature of 160 to 230 degrees Celsius will yield a vitamin B3 content as high as 85%. It is really important in the process of preparing the coffee before use.

According to research published in the US National Library of Medicine, Melanoidin is a brown compound that creates a unique aroma when roasted. More importantly, this is a high-molecular-weight compound with excellent antibacterial and anti-inflammatory properties.

Cafestol is rich in coffee beans, including decaffeinated coffee, which regulates bile acids in the intestines. It is also a strong anti-inflammatory agent in the brain, so it has the effect of improving memory for humans.

According to the Journal of Nutrition, chlorogenic acid (CGA) is abundant in both raw and roasted coffee. This compound is a very good antibacterial and anti-inflammatory agent. Lactones found in CGA also have the effect of enhancing insulin function, against diabetes.

Experiments conducted on mice and humans show that CGA helps limit the accumulation of fat in the body and increases the metabolic rate. In addition, science has also found that many other antioxidants such as hydroxycinnamic acid, caffeoylquinic acid… are beneficial to health.

Does decaffeinated coffee cause inflammation?

So we can say that, whether decaffeinated coffee or regular coffee, has anti-inflammatory effects for some people. However, this is only the conclusion drawn from the experimental results. We are still waiting for scientists to prove it.

Who should not drink coffee?

So if you are one of the people below, consider using coffee without consulting your doctor.

People with heart disease, such as arrhythmia

Coffee contains a lot of caffeine. In addition to stimulating the nervous system, the brain, caffeine also stimulates the activity of the cardiovascular system, causing disturbances in the functioning of this organ. It can cause a temporary increase in blood pressure and heart rate. People with heart problems should talk to their doctor to find out how much coffee is safe to drink.

People with kidney failure, if they have high blood potassium, need to combine a potassium-restricted diet. The potassium content in coffee is high, so it should be avoided.

In addition, the caffeine in coffee can not only produce stimulation of brain cells, leading to a happy and excited mood but also can stimulate the functioning of kidney function, the metabolic organ of the body.

Besides, based on the composition, kidney stones can be divided into organic stones, base stones, and calcium oxalate stones. To prevent the recurrence of calcium oxalate stones, in addition to drinking lots of water to reduce water concentration in urine, and at the same time, it is necessary to prohibit eating foods rich in oxalates. Coffee is a drink rich in oxalates, so it should not be consumed.

People who are breastfeeding

Since caffeine is a stimulant and diuretic, the concern is that a nursing mother may be at risk for dehydration.

Besides, the caffeine in coffee can pass through the blood into breast milk. Because the excretory function of the kidneys in children is still quite weak, so when the baby is breastfed, it will affect the health of the baby.

The American Pregnancy Association recommends avoiding caffeine as much as possible during pregnancy and breastfeeding.

Caffeine is a stimulant, which can worsen anxiety in some people. If you regularly experience episodes of anxiety or panic attacks, you may want to consider avoiding or reducing your caffeine intake.

Caffeine can loosen the lower esophageal sphincter, the valve between the esophagus and stomach. This can cause stomach acid to enter the esophagus, leading to unpleasant GERD symptoms.

If you have GERD, consider switching to decaffeinated coffee like decaf coffee or perhaps ditching it altogether, according to Eat this.

People with a stomach ache

Besides the benefits, coffee also has its own harmful effects, especially for people with stomach pain. According to experts, the acid found in coffee beans has the ability to irritate the stomach and the lining of the small intestine. Besides, drinking coffee on an empty stomach also stimulates and increases acid secretion in the stomach, making the disease worse.

As is known, coffee has many health benefits, however, adding sugar will reduce the inherent benefits of coffee, even harming health. Sugar contains high amounts of fructose, which is responsible for serious diseases like obesity and diabetes.

You should also choose quality coffee brands. Coffee quality can vary greatly depending on the processing method and how the beans are grown. Therefore, reputable coffee suppliers will bring you great coffee quality!

Coffee is a great drink and is loved by many people. It also contains many antioxidants and anti-inflammatory agents. Coffee is good for the body and helps fight inflammation in some people. However, it is also the cause of more severe inflammation in some other people. So you need to carefully consider your health condition before using coffee (both normal and decaffeinated). This article is our whole take on: Does coffee cause inflammation? Hopefully, they are useful for your health!

Friedokra.org is a participant in the Amazon Services LLC Associates Program, an affiliate advertising program designed to provide a means for us to earn commissions by linking to Amazon.com and affiliated sites. Learn more 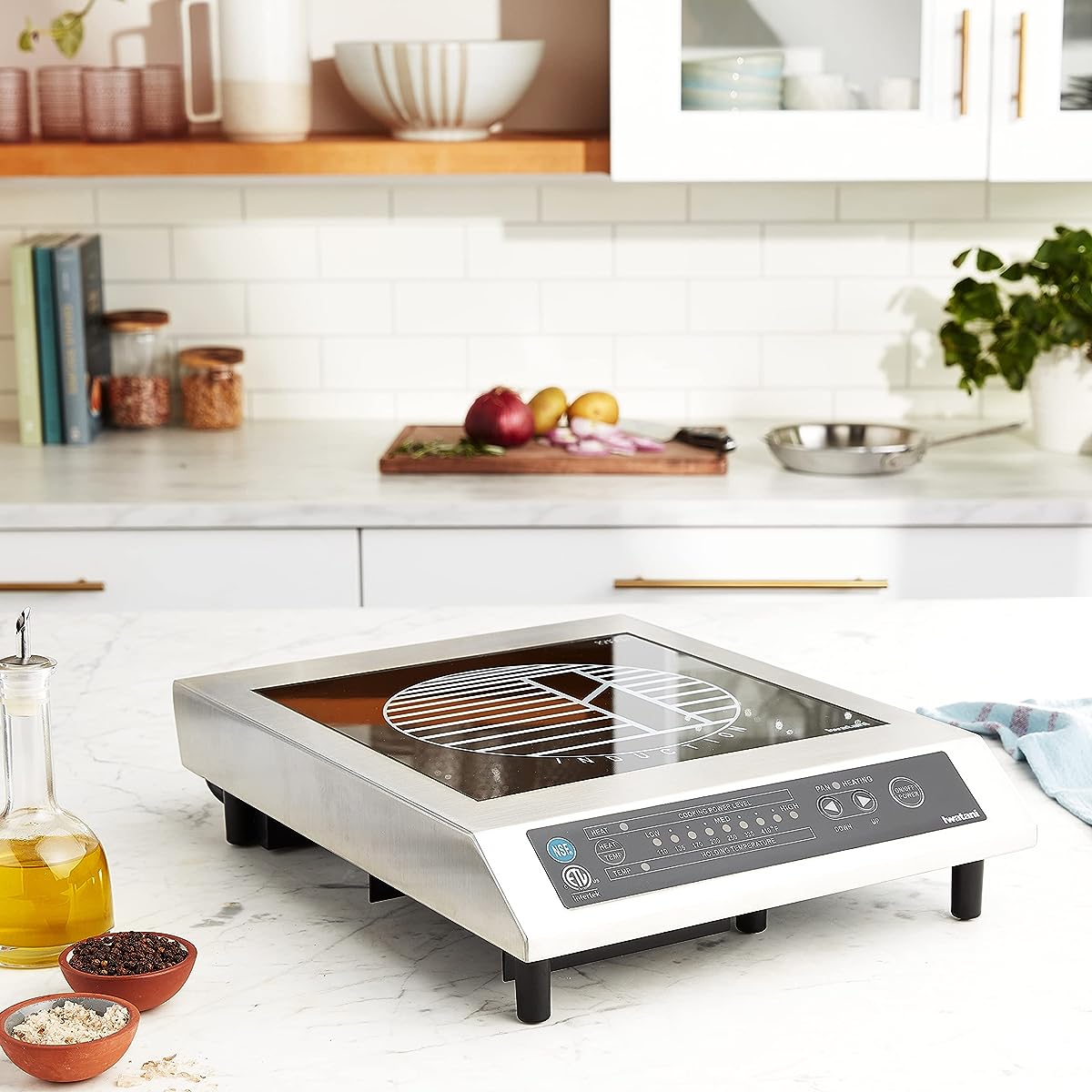